USG has $4 billion in trust to help those with asbestos-related injuries, making it one of the largest asbestos trusts in the country. The company declared bankruptcy in 2001 after a flood of personal injury lawsuits related to asbestos claims. 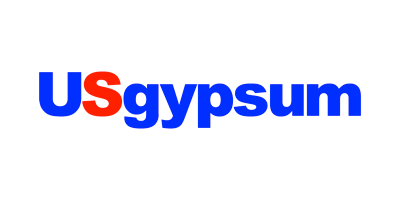 USG, also known as United States Gypsum Corporation, is the largest distributor of wallboards in the nation and the largest manufacturer of gypsum products in North America. The company also makes associated products that include joint compound, plasters and paints. Asbestos was a primary ingredient in many of the company’s most popular products, including Sheetrock brand gypsum panels and Fiberock brand panels.

The USG trust started accepting claims in February 2007 and is designed to provide compensation for asbestos injuries related to all USG products. Anyone injured by USG products are eligible for financial compensation from the United States Gypsum asbestos trust fund.

USG did not warn its employees or customers about the potential problems with asbestos. Most of the USG asbestos-containing products were used in manufacturing, construction and remodeling industries between 1920 and 1978.

USG was formed in 1901 and merged and consolidated with some 30 companies from across the country. In the 1930s, the company expanded its product line to include insulation, ceiling panels and joint tapes. In the 1960s, it added cements and paints to its products portfolio. Asbestos was added to many of the products.

Early on, the United States Gypsum Company tested the ill effects of asbestos dust. In the early 1930s, the company employed a laboratory to study the effects of industrial dust including asbestos. Some research indicates the company knew as early as the 1940s the asbestos-cancer connection but never told its employees or consumers. Medical professionals were warning of the dangers as early as the 1920s.

How was the US Gypsum Asbestos Trust formed?

Between the early 1920s and late 1970s, many of USG’s products contained asbestos because it was an inexpensive additive that was heat, fire and chemical resistant. USG employees and others were exposed to airborne asbestos. Wide-reaching public relations campaigns were used to convince the public asbestos was safe.

In the early 1990s, more than 45,000 USG workers or family members filed asbestos-related lawsuits. In one case, the city of Baltimore sued USG and won $8.16 million in compensatory damages and $4 million in punitive damages for the cost of removing asbestos from the city’s police headquarters. USG filed for bankruptcy protection in 2001 and the reorganization was approved by 2006. From that, the asbestos trust was born. It began accepting claims in 2007.

USG Trust claims are paid at 28.2 percent of the requested amount for both expedited and individual claim reviews. USG also handles asbestos injury claims for A.P. Green,, a refractory products manufacturer that USG acquired in 1967. Compensation amounts are limited per person to ensure there is enough money to pay for future claims.

In an individual review, the money awarded may be adjusted based on factors that impact the severity of illness. Some examples of these factors include how much the medical claims deviate from the established medical criteria for the disease level, industry of exposure, the claimants age, disability, employment status, how the illness has disrupted their household, and other settlements and verdicts in similar claims.

Making an asbestos trust fund claim requires significant documentation to prove your case. Submitting incomplete or incorrect information can cause loss of compensation, or even for your claim to be denied.