The Armstrong World Industries, Inc. Asbestos Personal Injury Settlement Trust contains about $2.1 billion, making it one of the largest of its kind. The lawsuits against the company started in 1970 and continue today. The company operates in eight countries with 33 manufacturing plants and about 9,000 workers. Since it was established in 2002, about 600,000 people injured by Armstrong World products have utilized the company’s asbestos trust. 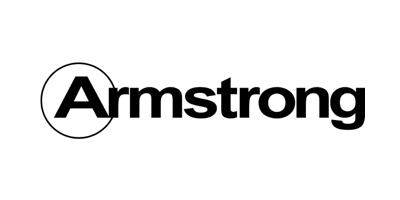 Armstrong World used raw asbestos in its products, which included floor and ceiling boards and cabinets. The company is also known for its asbestos-containing insulation and cement. The company’s most popular product, vinyl asbestos tile, was found in homes across the United States. In 2000, the company filed for bankruptcy protection after scores of workers, from those who worked in Armstrong plants to contractors who installed Armstrong tiles in homes, came forward with asbestos-related injuries.

Those who worked in or near Armstrong World factories were at risk for asbestos exposure, especially those who handled raw asbestos fibers. Those risks extend out to contractors who installed the products and home and business owners who handled the product. The trust has identified nearly 2,000 occupations that are at risk for exposure to Armstrong World asbestos products. Some at-risk occupations include the following:

Anyone who worked in or near an Armstrong World plant is at risk, including officer employees and janitorial staff.

This includes anyone involved with cutting and sizing asbestos flooring. Asbestos was used in floor tiles for its tensile strength.

The company’s asbestos-insulation spray, Limpet and Armaspray, were made from nearly 100 percent asbestos. Some of the insulation sprays were known to create toxic dust clouds.

The company’s cement products contained high amounts of asbestos to ensure the strength of the product. When dry cement is mixed with liquid it releases a cloud of toxic dust.

How was the Armstrong World Trust formed?

As far back as the early 1930’s, Armstrong knew about the dangers of asbestos, but company executives did not feel it was their responsibility to help the employees. When the courts ruled Armstrong knowingly ignored the safety of its workers and consumers by using asbestos, the company was slammed with thousands of lawsuits and paid millions in compensation.

See if you qualify for compensation from the Armstrong World Industries (AWI) Asbestos Trust today.

Armstrong World filed for Chapter 11 bankruptcy reorganization in 2000. As part of the reorganization, the company created its trust to settle all current and future claims. In the first two years, the trust settled more than 200,000 claims. When the trust was established, it only paid 20 percent. That is, $20 per $100 requested. In December 2013, the trust payment percentage was increased to 35 percent, but in July 2019 the payment percentage was reduced to 26%. The scheduled value of a mesothelioma diagnosis is $110,000 with a maximum value of $400,000.

At one point the company had scores of manufacturing plants in states that included California, Massachusetts and New York. When the Occupational Safety and Health Administration (OSHA) asked Armstrong to put a safety warning on its products due to asbestos, the company would not admit asbestos caused cancer. Instead, Armstrong only warned professional flooring installers against breathing in dust. More than 15,000 employees worked at Armstrong World manufacturing plants in the early years and tens of thousands more people used the company’s products. Overall the company created asbestos-containing products until 1987.

Started in 1860, Armstrong World Industries developed its name first as a wine bottle cork supplier and later expanded its product line into corkboard, fiberboard and other products. The expansion into linoleum and vinyl flooring meant adding asbestos to products. The dangerous mineral was used because its tensile strength and chemical and fire resistance.

The company utilized also used asbestos in its insulation products. Some included spray-on insulation, such as Limpet and Armaspray, which were made almost wholly of asbestos. Workers who experimented with these sprays reported asbestos dust clouds forming during the testing. While some of these insulation products made it to the market, they were often discontinued for a variety of reasons.

From the early 1930s through 1986, Armstrong flooring contained asbestos. Darker floor tiles are known to contain up to 70 percent asbestos. Also, most Armstrong floorings have backings that are made with asbestos. In some cases, airborne asbestos levels are high in areas subjected to high traffic (such as offices or schools) or harsh cleaners. The most common type of asbestos-containing Armstrong tile is Excelon.

Armstrong’s limpet spray insulation, which was commonly known as flock insulation, was used from 1960 to 1973 and was made from100 percent asbestos. It was used for fire protection, noise reduction, thermal insulation and condensation control. Workers who used this product were typically covered in asbestos fibers from the limpet.

Commonly known as floor backing, Hydrocord was used as insulation and cushioning under new flooring. Armstrong’s flooring products contained high amounts of asbestos and are particularly dangers when being installed and removed. Hydrocord is similar in texture and appearance to compressed cardboard.

Other related products include the following:

Armstrong World Industries, like many of its asbestos-manufacturing counterparts, was among early litigation for asbestos-related injuries.

Although not the primary named plaintiff, Armstrong World Industries was a defendant in this precedent-setting case from the 1970s. The courts sided in Clarence Borel’s favor posthumously, citing that “failure to give adequate warnings” about the safety of asbestos-containing products rendered the product “unreasonably dangerous”.

Additionally, this case established that “a duty to warn attaches, whenever a reasonable man would want to be informed of the risk in order to decide whether to expose himself to it.” This is cited as one of the foundational cases that established that those who were affected by asbestos-containing products were entitled to compensation based on unexplained and unwarned exposure risks.

Another case that established precedent in the asbestos litigation space, this 1991 ruling created precedent for filing legal claims and statutes of limitations for those who have multiple asbestos-related diseases.

Though originally denied, this ruling was overturned on appeal in favor of the plaintiff, stating that Miller would not be held to the original two-year statute of limitations established for his first diagnosis of pleural thickening. Armstrong World Industries was found liable for claims in his second disease diagnosis of asbestosis, because this diagnosis occurred later and was therefore within its own two-year statute of limitations period.

Trust fund claimants who want payments quicker usually opt for cash payments because they are easier for the trustees to process. Claimants who opt for an individualized review typically receive bigger settlements but they take more time because trustees must review all connected documentation to determine the allowable amounts.

Most asbestos trust fund victims make claims from more than one trust fund because exposure comes from a variety of manufacturers. The following is a schedule for Armstrong’s discounted cash payments:

In 1970, an asbestos-related lawsuit against Armstrong found it was the manufacturer’s responsibility to warn of potential dangers. This precedent-setting case became the basis for all future asbestos lawsuits.