AP Green (APG) Industries, which opened in the 1910s, thrived through World War I and II and expanded as the demand for refractory products for warship boilers grew. Despite the known dangers of asbestos, APG Industries used the dangerous mineral in its products through 1973. Many of the APG refractory products remain in aging machinery today. 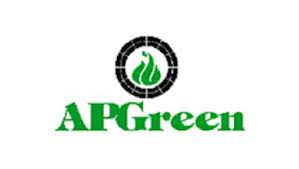 The company designed firebricks, also called refractory bricks, to be used in environments that reached temperatures up to 1,000 degrees, including kilns, boilers, fireplaces, furnaces and fireboxes. Asbestos was added to APG Industries products to ensure the bricks were heat and fire-resistant.

Individuals must have worked at a job site where APG products were used or made to file a successful APG Industries trust claim. The sites include steel companies, cotton mills, military installations and dozens of APG Industries factories.

Anyone exposed to A.P. Green Industries refractory products and has developed an asbestos disease may be eligible for trust compensation. Contact us today to speak with an attorney who specializes in asbestos trusts.

See if you qualify for compensation from the A.P. Green Industry Trust.

APG Industries factory workers used clay and asbestos to create fire-resistant bricks that are used in high-heat areas. Of the 1,200 products the company manufactured, 22 contained asbestos. Workers in the APG Industries plants, their families and those who lived near the plants were susceptible to asbestos exposure.

APG Industries operated as an independent company until USG acquired the company in 1967. The USG trust was created in 2006, partially as a result of APG asbestos-related claims. The USG trust pays APG claims from injuries that happened before Jan. 2, 1968.

In 2002, APG Industries filed for bankruptcy due to overwhelming asbestos litigation. The trust began accepting claims on Dec. 2, 2013. The deadline for filing an asbestos claim for a diagnosis before 2002 was Sept. 6, 2017.

USG opened its trust with $4 billion to pay USG and APG claims. USG and APG Industries identified seven disease levels that may be eligible for compensation. USG/APG claimants can choose an expedited or individual review: