As one of the largest trusts, DII Industries trust currently contains $2.6 billion. Created in 2005, the DII Industries, LLC Asbestos PI Trust was the result of the bankruptcy of several corporations, including Dresser Industries, Halliburton Company, Harbison-Walker Refractories Company and Kellogg Brown & Root. 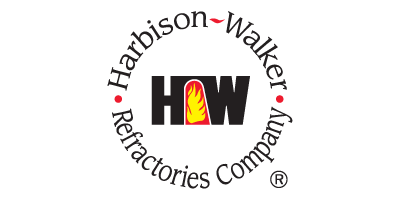 The asbestos-related issues began with Harbison-Walker Refractories, which was founded in the late 1800’s. The company produced fireproof bricks and other materials that contained asbestos. In the late 1960’s, Harbison-Walker merged with Dresser Industries. By early 1997, Dresser and Halliburton merged. The subsidiary became known as DII Industries. At that time, former Vice President Dick Cheney ran Halliburton, an oil pipeline service company. Initially, the merger was considered one of Cheney’s best business moves. That is, until the asbestos lawsuits began pouring in.

Halliburton and Asbestos Use

From floor to ceiling, there were dozens of materials that used asbestos. While most of these products are no longer on the market, some of Armstrong’s products still contain asbestos. Government regulations allow some asbestos to be used in some products still. Armstrong World Industry used the following products that contained asbestos:

See if you qualify for compensation from the DII Industries Asbestos Trust.

Anyone from blue-collar oil-field workers to white-collar engineers runs the risk of being exposed to toxic levels of asbestos. Those who work for Halliburton, DII Industries, Dresser, Harbison-Walker or Kellogg Brown & Root are particularly at risk. The following is a sampling of occupations that were at high risk for exposure:

Once any contaminated clothing made it back into the house, the fibers were able to remain in the environment there for years due to the size and texture of asbestos. Oftentimes the workers clothing would be washed along with the family’s other clothing, and just making it into the washer would be enough for further contamination.

How Was the Trust Formed?

As a result of the influx of asbestos lawsuits, Halliburton, Kellogg Brown & Root (later known as KBR), Dresser and some other subsidiaries filed for Chapter 11 bankruptcy. The resulting trust is called DII Industries, LLC Asbestos PI Trust and was initially funded with $4 billion in cash and stock. At the time, it was considered the largest asbestos settlement in history. Halliburton claimed its losses from asbestos lawsuits were about $900 million a year from 2002 through 2004.

DII trust claims are paid at 60 percent. That means that DII pays $60 for every $100 of a claim. The compensation amount is limited to ensure there is enough money to pay future claimants. For Halliburton or Non Harbison-Walker claims, the maximum amount paid for a mesothelioma claim is $256,000 with the average being $76,400. For Harbison-Walker claims, the maximum amount is $610,000 with the average amount being $182,000.

Before deciding on all the details of claim payment percentages and how much to fund the trust with, DII Industry was facing thousands of lawsuits. To be exact, 421,000 claims were filed against the company. 400,000 of them were asbestos related and 21,000 were silica claims, which all gained court approval.

Haliburton, the company that acquired DII Industries, inherited all of these cases and were subsequently responsible for setting up the trust and payment percentages. All of the company’s mess was further complicated by Dick Cheney’s tenure as CEO.

Cheney’s multibillion-dollar contracts in Iraq and Kuwait, providing services to U.S. troops, led to several federal investigations into overbilling and favoritism. All of this on top of the litigation that was ongoing for victims led to a steep downhill road for the company.

For claimants seeking an expedited settlement, there is typically a set cash payout that can be given out much quicker. Individual reviews will always take longer, but are usually larger than settlement amounts. The choice between which type to file depends on the disease, degree of illness and exposure levels.

DII Industry settlements fall under the Dresser Industries Asbestos Settlement Trust, and the following list are some payout amount examples per disease.