When widespread asbestos litigation began in the 1970’s, B&W handled the lawsuits and settlement in house. But as the crush of cases came, thousands of them, B&W filed for Chapter 11 bankruptcy. In 2006, the Babcock & Wilcox Asbestos Personal Injury Settlement Trust was established. B&W’s trust was funded with $1.85 billion. 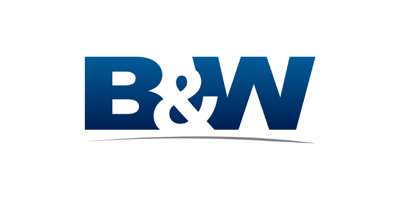 Over the last century Babcock & Wilcox has worked with the U.S. government on many different projects, including manufacturing boilers for the U.S. Navy. When George Babcock and Stephen Wilcox joined forces to create Babcock, Wilcox & Company in 1867, they manufactured some of the highest-quality boilers on the market. By 1902, their machinery was so superb they powered the first subway to run through New York City and the first centralized electric-generating station in the United States.

As the company made a name for itself, government leaders took notice. By 1907, the company now called Babcock & Wilcox (B&W) boilers powered a fleet of U.S. Navy battleships as they embarked on a trip around the world. That was just the beginning of B&W’s long history with government work. At the same time, B&W was continually improving its products and growing its product line. By the late 1950’s, the company moved to coal fuel. Later, B&W built components for the first nuclear submarine and mechanisms for nuclear-powered aircraft carriers. B&W continues to make nuclear and oil generators today.

How The Asbestos Trust Was Formed

Created by George Babcock and Stephen Wilcox in 1867, Babcock & Wilcox manufactured water-tube boilers for government-funded projects. In 2006, Babcock & Wilcox came out of the bankruptcy court with a successful chapter 11 reorganization plan. As a part of that plan, the personal injury settlement trust was created to help victims affected by asbestos exposure, funded with $1.85 billion to be distributed to victims.

The site Babcock & Wilcox set up to provide information to users about the site provides for two methods of funding, expedited and individual. Expedited reviews are typically set settlement amounts that allow for quicker payouts but less money. An individual review takes more time, but allows for the maximized payout amount.

B&W’s Use of Asbestos

By March 1991, a district court in New York consolidated more than 600 cases related to asbestos exposure. These cases included many asbestos-producing companies and Babcock & Wilcox was included. The number of lawsuits eventually climbed to the thousands, adding up to billions in losses.

Anne McPadden, filed on behalf of her deceased husband, who had been exposed many times to asbestos products. In her case, she was able to provide sufficient evidence to back up her wrongful death suit. She received settlements from every company involved beside two, for a total sum of 1.5 million dollars. Babcock & Wilcox was among the companies who settled.

Payout amounts differ by disease and severity of condition.