The Eagle-Picher Personal Injury Settlement Trust was established in 1996 and has $400,000,000 set aside to compensate mesothelioma victims. Eagle-Picher filed for bankruptcy protection in 1996 and again in 2005 to protect the company from asbestos litigation. 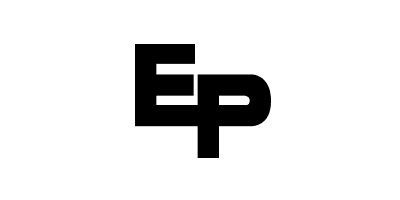 Eagle-Picher Industries can trace its origins to 1916 when Eagle White Lead Works and Picher Lead Company merged to create a company that produced storage batteries, used to collect and store energy for later use. The company used mined zinc and diatomaceous earth to make the batteries that became integral to the U.S. efforts during World War II.

By 1938, Eagle-Picher expanded its product offerings to include asbestos-containing insulating cement, pipe coverings and block insulation. About the same time, health officials nationwide were publicizing information about the dangers of asbestos. Court records show the U.S. Bureau of Mines told Eagle-Picher officials directly that asbestos was “one of the most dangerous dusts to which man is exposed.”

Eagle-Picher did not stop using asbestos in its products until the 1970s. In the early 1980s, the company established a $45 million fund to pay out asbestos claims, but it was not enough to keep pace with the tidal wave of litigation. By 1991, the year the company filed for its first Chapter 11 bankruptcy reorganization, Eagle-Picher faced more than $2.5 billion in asbestos claims. The trust began accepting claims in 1997.

In 2005, Eagle-Picher again faced more financial responsibilities than it could handle related to its asbestos use. The company filed for bankruptcy protection for a second time to manage the more than $500 million in additional asbestos-related debt.

While Eagle-Picher is still operating and in production today, all products are currently asbestos-free.

Eagle-Picher primarily used asbestos as an additive to its products to increase the heat, chemical and fire resistance and tensile strength. According to the Eagle-Picher Industries Settlement Trust, nearly 7,000 companies have used Eagle-Picher asbestos-containing products.

Several of the company’s former plant locations are now Superfund sites. These sites, located in New Mexico, Illinois and Oklahoma, have been found to have high levels of hazardous waste that have contaminated the ground. Among the many environmental toxins on the properties is asbestos.

As Eagle-Picher grew and diversified its product lines, so did the use of asbestos in its plants and products. The company manufactured specialty chemicals, construction materials, automotive parts, and industrial products. The diversified product line increased the risk for asbestos exposure across a multitude of occupations. Eagle-Picher’s products were also widely used in military applications, particularly in the U.S. Navy during World War II. Occupations associated with Eagle-Picher asbestos exposure include:

Eagle-Picher produced several cement products that contain asbestos. The dry powders were mixed with water to form a paste. Some of the brands include Super 66 Insulating Cement, One-Cote Insulating Cement and Hylo Finishing Cement (manufactured by Owens-Corning Fiberglas Corp. but distributed by Eagle-Picher).

Eagle-Picher Pipe Covering and Hylo Pipe Covering were used to insulate pipes that carried liquids, gases and chemicals through machinery, homes and cities. The coverings were typically installed in high heat or extreme cold conditions to protect the pipes from damage.

Hylo Block and Supertemp Block were among the two block insulations developed and manufactured by Eagle-Picher. The company advertised Supertemp to withstand temperatures up to 1900 degrees Fahrenheit and to contain 10 to 15 percent asbestos.

Sold under the name Insulseal, Stalastic, Spray-Mastic and Swetchek “B”, these liquid coatings were sold by the gallon or by the 55-gallon drum. Insulseal was made from petroleum, asphalt and asbestos, among other materials.

Asbestos trust funds can provide claimants with the essential funds they need for treatment and living expenses. Claimants who choose cash payments from trust funds usually gain access to their settlement quickly. Eagle-Picher pays cash claims, which are also known as discounted cash payments or DCPs, as follows:

Eagle-Picher claimants who choose individual reviews, also called individualized review claims or IRCs, usually receive larger settlements over DCPs, but the process takes longer. Eagle-Picher trust administrators base IRC settlements on factors that include an evaluation of exposure, loss, damages, injuries and other factors. If the claimant’s financial burden due to the asbestos-related disease is “exceptionally larger than the normal range,” the claimant might receive an Eagle-Picher IRC settlement that exceeds typical payments.Ftre