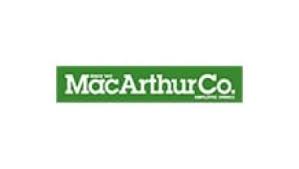 Even though the company filed for bankruptcy protection in 2002, it is still one of the largest manufacturers and suppliers of insulation materials in the nation. The company also sells roofing, fire protection and fiber-reinforced plastic products. The company has more than 35 locations nationwide.

There were dozens of occupations that were at risk for asbestos exposure. For those who worked for Western MacArthur, this includes sales personnel, warehouse workers, truck drivers and estimators. In addition, thousands of employees who didn’t work for Western MacArthur were also exposed:

Beyond these occupations, other occupations that may have been exposed to asbestos associated with Western MacArthur include maintenance workers, industrial workers, factory and power plant workers, plumbers, and electricians.

See if you qualify for compensation from the Western MacArthur Asbestos Trust.

Not knowing the risks of asbestos at the time, workers who interacted with Western MacArthur products inadvertently exposed people who lived with them to asbestos by bringing asbestos fibers into their home.

Secondary asbestos exposure, also known as indirect exposure, is seen most commonly in the children and wives of asbestos workers. Those who have been found to be at the highest risk of in-home secondary asbestos exposure are women who washed their husband’s work uniforms. Asbestos contaminated other clothes, furniture and carpeting, bedding, and was transferred through contact with the asbestos worker when returning home from work.

If you are unsure if you are eligible for compensation from Western MacArthur due to secondary asbestos exposure, learn about how to apply.

When Western merged with MacArthur, the resulting company was focused on products made with asbestos. All of the company’s products contained asbestos in one form or another. Those include the following:

Because of the prevalence of Western MacArthur products, there were many claims against the company, its predecessor Western Asbestos Company, and associated entities. For over a decade Western MacArthur and their insurance company USF & G received claims.

Notable cases during this time:

As with many other manufacturers that produced asbestos-containing products, Western MacArthur eventually filed for bankruptcy protection in 2002. Western MacArthur’s Chapter 11 Bankruptcy filing resulted in the 2004 creation of the Western Asbestos Settlement Trust, which was funded with $2 billion. Since then, Western MacArthur has received over 15,000 trust claims.

Base Case Values are the basic valuation of the claim prior to any adjustments for specific situational factors. Base case values are then adjusted based on several factors including age, level of exposure, if the injured person is living during the claim filing or litigation, and based on estimated costs for their medical care and funeral expenses.

Average Settlement Values include these adjustments, and can be found below:

The Western MacArthur settlement payment percentage is 51.1%, significantly above industry average for successful claims. This was announced as part of Trust Distribution Procedure updates announced in June 2019, but payment percentages often fluctuate in this industry and tend to decrease over time as the available funds in the trust decrease.

If you think you or a loved one may have been exposed to asbestos due to Western MacArthur products, contact us to see if you are entitled to compensation.